ONE MORE HURRAH FOR VIVIAN STANSHALL

ONE MORE HURRAH FOR VIVIAN STANSHALL

Just off Muswell Hill Broadway a few paces down Hillfield Park, outside number 1, is one of our local Blue Plaques. This marks the former home of performer, painter, poet, writer raconteur and musician VIVIAN STANSHALL a true British Eccentric.

Viv Stanshall died in a fire at his Muswell Hill flat in Hillfield Park sometime during the early hours of March 5th, 1995.

To mark 20 years of Vivian’s passing we are giving one more hurrah to Hillfield’s Park own Ginger Geezer on 29th of November 2015: A Tribute to Vivian Stanshall organized by friends and neighbours to celebrate his life.  (Click for a link to our Event)

Who was Vivian Stanshall?

He is best known for his work with the Bonzo Dog Doo-Dah Band, for his exploration of the British upper classes in Sir Henry at Rawlinson End, and for acting as Master of Ceremonies on Mike Oldfield’s album Tubular Bells.

To explain Vivian Stanshall is next to impossible – as a founding member of The Bonzo Dog Doo-Dah Band, he was the frontman for one of the most outrageous musical assemblages of the 1960s. As a writer, poet and artist he was totally unpredictable and his surreal state of mind made him something of a folk hero to many. His outrageous off-the-cuff persona, coupled with his equally outrageous presentation made him an instant legend.

In the words of his second wife Ki Longfellow:

We would sell our flats, his in Muswell Hill, mine in Clifton, Bristol. We’d buy a place in Hampstead. I knew he was drinking. The drink was a given. I knew he was ill. But not how ill. I knew I would take care of him, that I would never have left him if not for the sake of our child. But if I could save him, help him, love him… then go back I would.

He worked. Until the end, he worked. There was a new album coming together. Many of the songs were close to completion. Drunk and growing weaker, I heard the same old boyish delight in making, making.

Mr Standstill cared so deeply for ‘art’ he gave his life for it. He made things no one else could make, was and is adored by names fifty times more famous and a million times richer than he ever was. Did it matter if no one bought what he made? If he died of alcoholism? If the peritonitis he’d caused himself would kill him sooner, not later?

What mattered was the art of it. With a capital F.

– The Illustrated Vivian Stanshall, a Fairytale of Grimm Art

Several reports from this era record his occasional visits to local pubs and off-licences, making his way along Muswell Hill Broadway with his walking stick, often dressed in weird or inappropriate clothing. One local recounted a book reading by Ray Davies in the Muswell Hill Bookshop when Stanshall attended in a floor-length candlewick dressing gown over the rest of his outfit, a large felt hat and a silver-topped cane. He spent the evening heckling Ray Davies throughout his reading and talk.

The blue plaque on the gatepost was erected by friends and neighbours to celebrate his life. You can find out more about Vivian Stanshall’s life and work on http://gingergeezer.net or via the Vivarchive website http://www.vivarchive.org.uk/ run by a group of admirers. 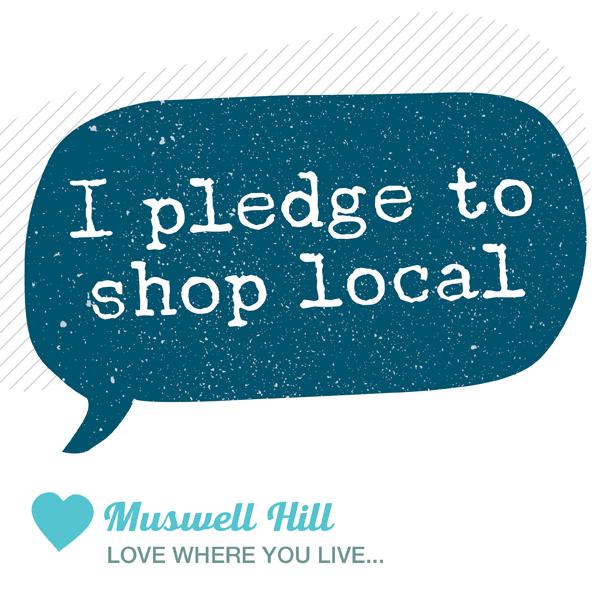 What kind of world will businesses be facing when they are free to reopen their doors on 12th of April?