From Shoreditch to Muswell Hill 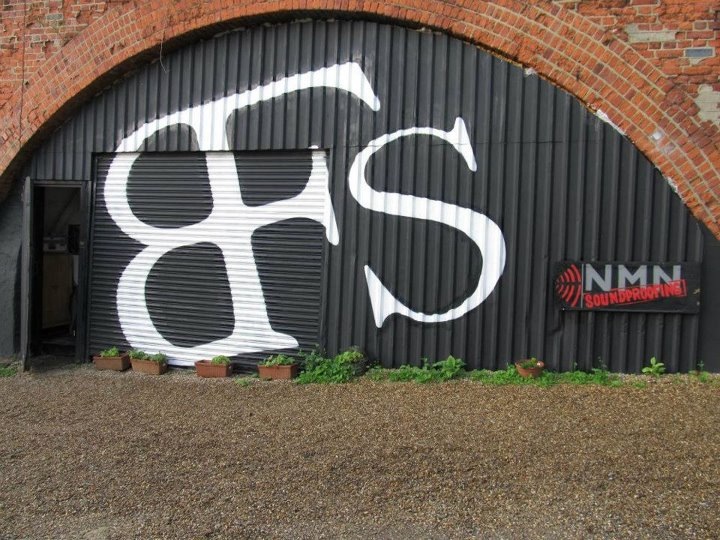 From Shoreditch to Muswell Hill

This article from East London Lines discusses our relocation to Muswell Hill:

A recording studio that worked with Klaxons and Pete Doherty has been forced out of Hackney due to council charges and redevelopment.

BonaFideStudio, who specialise in recording live bands, were given an eviction notice by their landlord after 14 years in Burbage House, Shoreditch. The building’s owners had been granted permission to turn it into a luxury hotel, but now say only maintenance work will be carried out. All tenants have been served eviction notices.

Deanna Vukovic-Gardner, the director and founder of BonaFideStudio, has had to abandon attempts to find a new home in the same area. They did look around Shoreditch for possible relocation but the business rates were “impossibly high”. They wanted to rent a railway arch from Transport for London, but Vukovic-Gardner says: “the rates were £12,000! We are paying London Borough of Haringey £2000 for a similar space.”

The studio is relocating to Muswell Hill in North London. Vukovic-Gardner does not blame the landlord, who she thinks are just looking after their own interests and never pretended otherwise; she feels the council are “more responsible”.

The studio has had trouble with the council before, when they received a revised business rates bill for “thousands and thousands of pounds” retroactively. The council said that BonaFideStudio had been undercharged for the past five years.

A spokesperson for Glass House Ltd who owns the property said the business rates are not actually set by the local council, but by the Valuation Office, a government agency. The spokesperson did acknowledge that the rates had “gone up quite considerably in the building and elsewhere in Hackney”.

When asked what would happen to the property, the spokesperson said though maintenance work needed to be carried out, Burbage House will continue in its current form. However, the basement that Deanna is in will no longer be used for live music. They added: “The Victorian structure doesn’t suit very loud music being played. The whole building shakes.”

Vukovic-Gardner says that when she moved into Burbage house in 1997: “It was the area no one wanted to move in to, but we saw beyond its bad rep. We started networking with other creative industry businesses, driving them to the area with us. We like to modestly take just a pinch of credit for what Shoreditch became today.”

The company also helps to create music for films, television and video games. They have given free training to problematic youth as part of charity and government projects and their clients include Prodigy, Patrick Wolf, and the BBC.

Business rates are not the only problems facing Hackney’s creative companies. Vukovic-Gardner explains: “New legislation about noise pollution is really tough on all creative industries.”

Although all current tenants have been asked to leave by their landlord, it is unclear when work will begin. Russell Smith, a planning development officer at Hackney Council told ELL that owners Glass House Ltd had been granted planning permission to turn Burbage House into a luxury hotel, but the hotel developers had wanted a larger space. This second, larger application was withdrawn when the owners could not afford the requested contribution to the Crossrail fund.

BonaFideStudio’s eviction comes just days after Centerprise Community and Arts Centre were ordered to leave their premises by Hackney Council.

The full article is available here